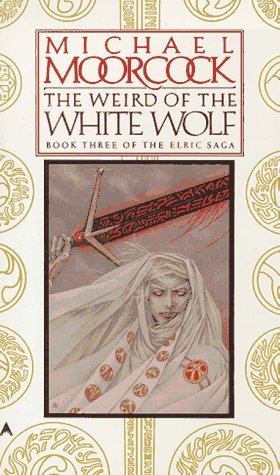 ISBN: 9780441888054
Pages: 159
Description: “We must be bound to one another then. Bound by hell-forged chains and fate-haunted circumstance. Well, then – let it be thus so – and men will have cause to tremble and flee when they hear the names of Elric of Melnibone and Stormbringer, his sword. We are two of a kind – produced by an age which has deserted us. Let us give this age cause to hate us.”