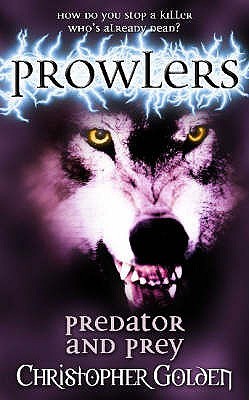 ISBN: 9780743440165
Pages:
Description: Christopher Golden is the award-winning, bestselling author of such novels as The Myth Hunters, Wildwood Road, The Boys Are Back in Town, The Ferryman, Strangewood, Of Saints and Shadows, and (with Tim Lebbon) Mind the Gap. Golden co-wrote the lavishly illustrated novel Baltimore, or, The Steadfast Tin Soldier and the Vampire with Mike Mignola, which they are currently scripting as a feature film for New Regency.

He has also written books for teens and young adults, including the thriller series Body of Evidence, honored by the New York Public Library and chosen as one of YALSA’s Best Books for Young Readers. Upcoming teen novels include Poison Ink for Delacorte, Soulless for MTV Books, and The Secret Journeys of Jack London, a collaboration with Tim Lebbon.

Working with actress/writer/director Amber Benson, he co-created and co-wrote Ghosts of Albion, an original animated supernatural drama for BBC online, from which they created the book series of the same name. (www.ghostsofalbion.net)

As an editor, Golden’s work has included the Hellboy novel series, a trio of Hellboy short story anthologies, and co-editing duties on British Invasion, from Cemetery Dance. His non-fiction work includes collaborative efforts such as The Stephen King Universe, Buffy the Vampire Slayer: The Watcher’s Guide, and the upcoming Neil Gaiman Companion. His other writing has included video games, numerous comic books, and short stories.